When staff at Hungary’s left-leaning Nepszabadsag newspaper packed up their stuff on a Friday night a year ago, they thought they were just moving across town.

As it happened, they were moving out altogether. Within hours, the paper had been shut down, literally overnight. Within weeks, ownership of the other publications in the group had been transferred to a new holding company linked to Lorinc Meszaros, an oligarch ally of populist prime minister Viktor Orban and mayor of Orban’s hometown.

“It was an ambush,” recalls deputy editor Marton Gergely. “All the circumstances spoke against economic reasons for closing the newspaper down suddenly. We felt betrayed, lied about, cynically played. There were journalists close to retirement worried about their pensions, there were photographers, technical staff, and not all of them were opposed to Orban.”

But Nepszabadsag, which had suffered a decline in circulation and heavy losses according to claims from the owners, was no isolated instance. Across central and eastern Europe – and indeed in some parts of the world beyond – political and economic forces are combining to put independent media under unbearable pressure.

The combination of falling newspaper circulations and ad revenues has shattered the business model and left newspapers weakened and vulnerable to both political and corporate pressure. Some fear that as a result, the ideal of journalistic independence is being critically compromised.

In Poland, for example, liberal outlets claim that they are now unfairly treated by the centre-right government, which they say uses economic means for political ends.

“Since autumn 2015, there has been a drastic reduction – sometimes a complete ban – of subscription to some newspapers by public institutions, targeted mostly against two weeklies – Polityka, Newsweek – and Gazeta Wyborcza, which criticise the ruling party,” says Piotr Stasiński, deputy editor-in-chief of Gazeta Wyborcza. 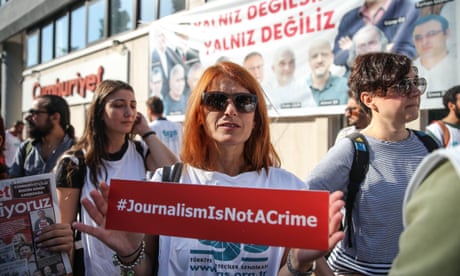 “There has been a total withdrawal of state-owned companies’ ads from critical media and transferring them to many (pro-government) media outlets. This has led to a loss of advertising and circulation revenue.”

Luka Oreskovic, an expert in media investment, says this is a common complaint across the region. “From Poland and Hungary and all the way to the chronic state-sponsored pressures on media in the western Balkans – governmental action in the form of withholding public sector advertising, conducting repeated tax raids via state tax authorities, and restricting freedom of speech through the introduction of repressive and restrictive media legislation has had a negative impact on the quality of public discourse,” he said.

“These are powerful tools for curtailing media freedom and independence, as they can have – and have had – a tremendous impact on the financial health of stand-alone media outlets.”

“The economic volatility of media is an enormous challenge for journalism,” says Harlem Désir, a former French minister, and now the representative on freedom of the media at the Organisation for Security and Cooperation in Europe. “It is more difficult to find resources to finance independent and qualitative journalism. Furthermore, media ownership concentration is speeding up. This endangers pluralism and it also means that in some areas, local media are simply disappearing.”

Globally, newspaper revenues have declined by 7.8% over the last five years, according to figures from the World Association of Newspapers (WAN-IFRA). But that figure is distorted by the fact that newspaper circulations in China and Indonesia are up by more than 25% and in India have soared by 71%. The reality for most parts of the world has been far more grim: circulation declines of 34% in Spain, 19% in Brazil, 32% in Australia, 22% in South Africa, and 39% in Italy, to pick out a few.

And as revenue from print sales shrinks, global print advertising revenue has been falling too, from $79bn in 2012 to $58bn in 2017. Digital advertising is rising – up 5% in the period from 2015 to 2016 alone – but most of that growth has been captured by the internet giants, Google and Facebook.

“The American commercial news model has been really falling apart over the last 10 years,” says Tara Susman-Peña of IREX, which has been monitoring global media sustainability since 2001. “And there has been a huge crisis in the ad model. The old media model is not the future, and that is exacerbating the problems.”

“Media is now weakened,” believes Prof Rosental Alves, founder of the Knight Center for Journalism in the Americas. “In western democracy, the media has been very profitable and as a result has been given more and more strength to become independent and immune to pressure for corporations and governments. But as the financial situation has changed, the vulnerability has increased.” 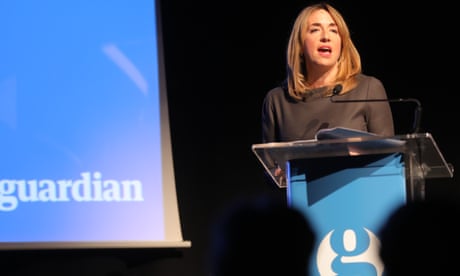 A global review by WAN-IFRA found that in many countries the press was worryingly dependent on state advertising: Cambodia’s media, for example, “struggle to maintain editorial integrity, often succumbing to government (or private) influence that is rewarded with advertising. An estimated 99% of local advertising revenue is found in just a handful of newspapers”.

In Malawi a similar problem exists. “We’ve two leading dailies,” says Malawian journalist Charles Pensulo, “and they’re very much dependent on government for revenue… When the government boycotted placing ads in one of the papers for what was believed to be political reasons, the paper nearly collapsed.” In Argentina the system is so entrenched that under ex-president Cristina Kirchner, the favoured end of the media (lucky enough to get state advertising) was known as ‘the K-press’, according to Alves. The need for money has also given commercial interests far more power. In many of the countries looked at by the global Worlds of Journalism study, journalists report that “advertising concerns” and “profit-making pressures” have increased in their newsrooms in the last five years.

Open Democracy, in partnership with Index on Censorship and the European Federation of Journalists, is currently carrying out a survey of European journalists across 47 countries to find out whether commercial pressures have increased; so far, they say, the results are concerning.

Ownership is also a critical issue, as business enterprises take advantage of the financial weakness of the sector to roll out a number of takeovers. A 2016 RSF report entitled When Oligarchs go shopping traced the ‘Berlusconi model’, where media owners have strong ties with politics and found it popping up all over the world.

The report cites the takeover of the previously independent South China Morning Post by Jack Ma: Hong Kong University political scientist Willy Lam believes “that Jack Ma is acting as a political proxy for the Chinese government and its goal of silencing the last independent media voices in the territory.”

Susman-Peña admits she is gloomy about the future of the media industry. But Vincent Peyregne, the CEO of WAN-IFRA, is surprisingly less so. Yes, he says, “traditional business models for news organizations have been turned upside down.” But he believes that this can ultimately have positive consequences too.

“We have entered a user-centric era where our business models now depend on the value we provide to our communities and end users, rather than the value to advertisers. This is leading to changes throughout the industry towards subscription models or membership. It’s all about the readers now, and in the end that can be a powerful force to improve journalism.”