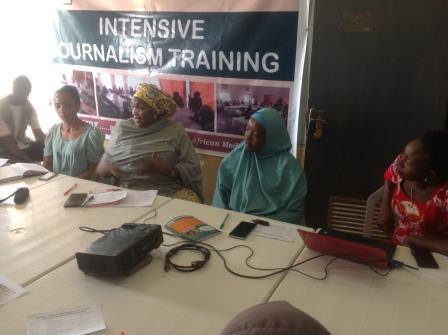 The training which took place at AMDF training room Kaduna state Northwest Nigeria was a collaboration between AMDF and Global Initiative for Women and Children (GIWAC); a Non-Governmental Organization based in Kaduna.

The Founder of GIWAC and the Commissioner for Women Affairs, Kaduna state Hajiya Hafsat Baba noted that struggle to end violence against women and children requires sustainable effort from the media, security operatives, judiciary and most importantly the government.

Giving a testimonial of cases handled by GIWAC, Hafsat Baba lamented some of the hitches posed by security agencies and the judiciary especially in prosecution and punishment of perpetrators of such acts. She assured that with unflinching support of government, cases of violence against women and children will see the light of day.

The paper stressed that reports should go beyond adding to the data of recorded cases to a strategic plan in ending violence against women and children. Hence, the media’s responsibilities is to break the cycle of abuse and ensure that women and children live their lives free of violence and abuse through their reports.

The objective of the training was to help journalists understand issues around violence against women and children and plan stories that will stimulate action from policy makers, law enforcement agencies, family of survivors and perpetrators of VAWC, community/Religious leaders, Health providers and the General public.

The participants had an interactive session where some journalists shared their challenges on reporting women violence and even some cases of women and child violation. Mr. Iliya Kure of AMDF took the journalists through a session of generating story ideas.

How one freelancer is making the jump to media entrepreneurship 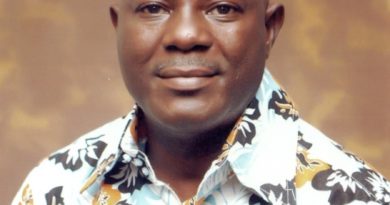