Mon - Fri 08:30 16:30
YAOUNDE — Cameroon has been using its 2014 anti-terror law to “silence critics and suppress dissent,” according to a report released Wednesday by the U.S.-based Committee to Protect Journalists.

Members of the media who report on the Boko Haram insurgency or controversial topics such as the ongoing strike in English-speaking zones have been arrested or threatened by the government, according to CPJ.

Cameroonian journalists are not criminals, he says, adding that his union recommends the strict respect of ethics and professional norms.

The Committee to Protect Journalists says at least five journalists in Cameroon have been arrested and charged under the law, which introduced hefty punishments including the death penalty for involvement or complicity with terrorism. 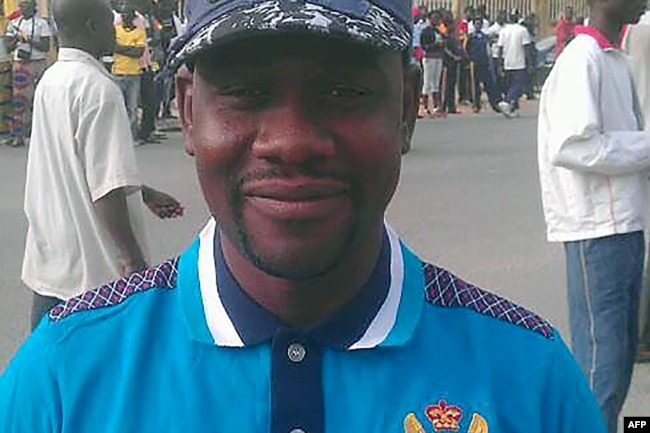 RFI Hausa reporter Ahmed Abba was sentenced to 10 years in prison earlier this year. He was arrested in northern Cameroon while covering the war against Boko Haram, and rights groups say he was tortured during his two-year pretrial detention. His lawyers are appealing his sentence.

Four other reporters arrested under the 2014 law were recently released. They had been detained regarding their coverage of the government’s response to the anglophone strike.

By VOA’s count, at least 30 local media outlets have been sealed or suspended over their coverage of the unrest since the strike began in December. The government also cut internet access to the two English-speaking regions for three months, as talk of secession began eclipsing the original strikers’ demands.

The government has repeatedly defended its actions in response to the strike, saying national security trumps freedom of expression.

The Committee to Protect Journalists is urging Cameroon to revise the anti-terror law in line with international standards, decriminalize defamation, and abolish the National Communication Council in favor of an independent regulatory body with narrower powers. The NCC is the state agency responsible for policing the media.

“There may be an outcry, but these are just people who think that they have a certain aura around them and that nobody can touch them,” said NCC president Peter Essoka. “Listen, it will be erroneous to tell us here that we have a heavy hand on everyone. There is not a single case that we have taken a decision on in which the people concerned are not summoned to the council and probably defend themselves.”

Most of the journalists contacted by VOA to comment on the CPJ report declined, saying they wanted to play safe.

Standard Tribune editor-in-chief Eugene Nforngwa says journalists in Cameroon find it difficult to do their jobs because the government is not open with information.

“You do not have a right to demand information and get it,” Nforngwa said.

Retired journalist Kome Emmanuel says the intimidation of journalists has frightened members of the public into not expressing their views in the media.

“Under normal circumstances, under normal situations, we will have more people expressing their points of view. That would have been the ideal, but government has certain fears,” he said.

Asked for comment by VOA, Cameroon’s communication minister Issa Tchiroma described the CPJ report as baseless. He said journalists in Cameroon are free and that the country will not succumb to external pressure to change its laws.