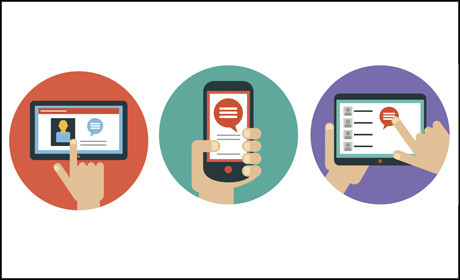 Interviewees are less intimidated by smaller, hand-held equipment and more likely to approach reporters with smartphones rather than a big TV crew, the latest research from the Reuters Institute for the Study of Journalism has found.

In Closer to the Story? Accessibility and Mobile Journalism, published on 14 July, Finnish journalist Panu Karhunen carried out a two-part investigation to see how mobile journalism affects accessibility, asking whether journalists can get closer to the story and the subject using mobile technology.

After firstly interviewing 11 reporters, Karhunen found journalists were able to physically tell stories that would have been impossible with a large TV camera and multi-person crew, while capturing more genuine and intimate content.

For example, highlights in the report show the ability of news organisations such as Bild, Time and BBC Panorama to report on the refugee crisis using the livestreaming and mobile capabilities of their smartphones far more than they would have been able to with bigger, garish equipment.

Karhunen also found in his research that people prefer to give an interview to a mobile journalist rather than to a multi-person TV crew, making it easier to get closer to the subject of the story.

“The interviewees suggested that mobile journalism increases the overall psychological accessibility and strengthens social interactions,” he said in the report, noting journalist Yusuf Omar’s ability to get survivors of sexual assault to tell their story using Snapchat filters on his mobile.

For his experiment, Karhunen approached 400 members of the public in a shopping centre over two days for vox pops, and found more people would stop to be interviewed by a mobile journalist than a TV crew with a larger camera.

Half of the approaches were done with a single mobile journalist and their smartphone, and half with a TV camera and a two-person TV crew. Some 33.5 per cent of people gave an interview to the mobile journalist, with only 21 per cent stopping for the TV crew.

Of course, interviewed reporters stated various disadvantages to filming on a smartphone, such as the credibility of mobile journalists. As everyone owns one, reporters mentioned some interviewees can see mobile journalism kits as less professional than a larger, more traditional set up.

Karhunen explained that smartphones also suffer from several technological disadvantages such as the lack of an optical zoom and poor performance in low light.

“If a smartphone’s digital zoom is used, the picture quality suffers – smartphones can be a useless tool if a journalist wants to film, for example, sport,” he said in the report.

“Additionally, a small image sensor on a smartphone camera cannot capture as much light as the image sensor of a DSLR camera or a proper video camera.”

He adds that many mobile journalism projects are actually edited off mobile devices to make packages and documentaries easier to produce, such as RTE’s The Collectors, or BBC Business’s CEO Secrets.

“Media professionals need to choose the best format or method for telling a story,” he said.

You can read the full report here, and check out our guide to avoid making some of the most common mobile journalism mistakes here